Analysis of data in 71 U.S. cities points to much larger problem, inaccurate data

In November 2018, Urban Indian Health Institute (UIHI), a division of Seattle Indian Health Board, released the Missing and Murdered Indigenous Women and Girls (MMIWG) report. This snapshot of data from 71 U.S. cities identified 506 cases of MMIWG and detailed significant challenges in collecting data on the total number of missing or murdered American Indians and Alaska Natives residing in off-reservation areas and outside rural villages. UIHI intends to provide the report as a resource for urban Indian organizations, tribal governments, and legislators.

“This report provides a necessary snapshot of the epidemic and is a call-to-action to protect Native women and girls.”

– Abigail Echo-Hawk, Director of UIHI and co-author of the report. 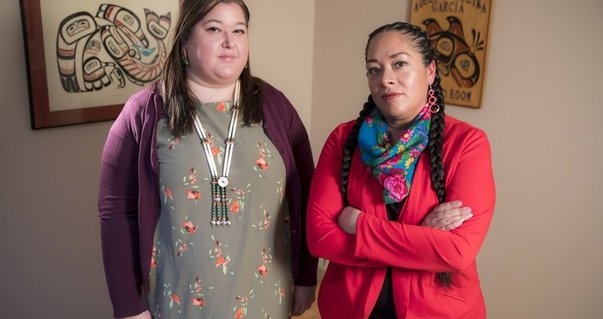 Annita Lucchesi (Southern Cheyenne descendant), doctoral student and creator of an extensive MMIWG database, co-authored the report with Echo-Hawk. In the course of her research, Lucchesi found some significant issues: a lack of available data on urban Indians, the need for non-tribal law enforcement agencies to coordinate with tribal nations regarding their members and to share data on MMIWG, the racial misclassification of these cases, and inadequate funding for research on violence against urban American Indian and Alaska Native women and girls.

The report has been circulated by major local, national, and international media outlets including The New York Times, The Washington Post, NPR (National), CBC News, The Seattle Times, KUOW, and King 5 News. The communications team shared the report and related information on social media which increased engagement exponentially—it reached over 400,000 people and helped UIHI’s follower base grow by over 2,000 across all social media channels. This report has also been shared by U.S. Senator Lisa Murkowski (R-AK), U.S. Senator Heidi Heitkamp (D-ND), and Juana Majel-Dixon (Pauma Band of Mission Indians), Executive Board Member and Recording Secretary of the National Congress of American Indians (NCAI) in a press event in Washington, D.C.

The researchers also note that Urban Indian organizations need this information to better inform programming and to advocate for change. They also note that this issue is more than just data. For more information and to view the report, visit the UIHI website.