GPTEC Success Story: Promoting Healing Through Self-Defense: A Response to the Missing and Murdered Indigenous Women and Girls Crisis

Success Stories
The issue of violence in American Indian and Alaska Native (AI/AN) communities is of growing concern. In 2016, the National Institute of Justice reported that more than four out of five AI/AN women and men experience violence in their lifetime.¹ Particularly alarming, are the rates of Missing and Murdered Indigenous Woman and Girls (MMIWG). In the same year, the National Crime Information Center reported there were 5,712 cases of MMIWG, with only 106 having been logged into a Department of Justice Database.²

In response to this growing crisis, the Great Plains Tribal Epidemiology Center (GPTEC) hosted a self-defense training in partnership with Arming Sisters. Arming Sisters is a non-profit organization founded in 2013 by Patty Stonefish. Patty comes from a long line of matriarchs – Lakota, Russian, and Polish. She has over a decade of martial arts experience.

Patty’s day-long training covered topics of self-care, MMIWG, violence against Native American women, body language awareness, trusting intuition, vocalization, and stress responses. She also taught six self-defense moves. All these topics and moves were presented with an emphasis on healing and harnessing the power within oneself.

GPTEC received an overwhelming response to offering this training, with twenty tribal community members and GPTEC employees ultimately participating. This has garnered significant interest at the tribal level, with multiple additional trainings being planned in the future. Utilization of GPTEC funds to support implementation of this training also supported provision of the training in settings where funds are unavailable. 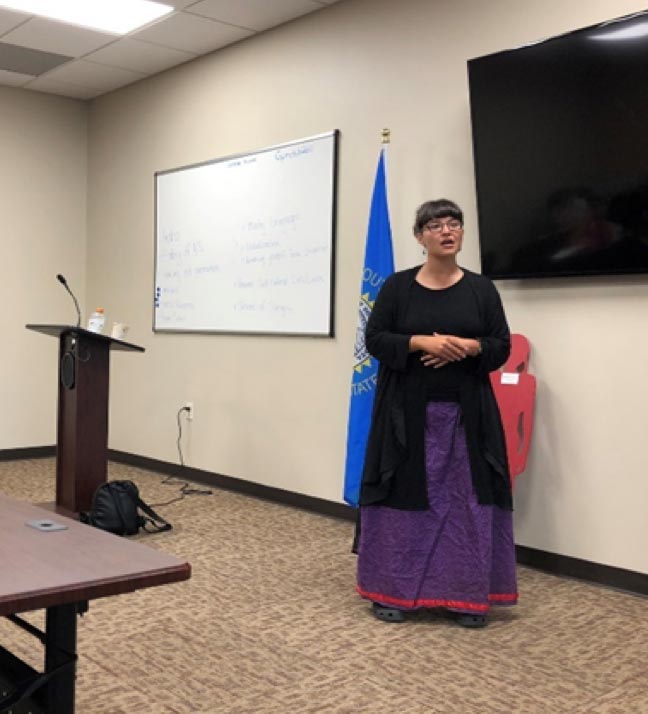 For more about Arming Sisters, or to contact Patty: https://armingsisters.org/