TEC News
The Urban Indian Health Institute (UIHI) recently honored Bill Hall with an Adeline Garcia Community Services Award at Seattle Indian Health Board’s annual community celebration. Bill is a leader for Native organizations working to eliminate HIV in Indian Country. He is well known for his involvement in HIV issues in Washington State, and is well respected throughout the HIV community for giving voice to concerns affecting all people living with HIV. He provides a personalized perspective by openly sharing his experiences as a Native man living with HIV. He is a positive, motivated leader with amazing dedication.

During his time as a member of the defeatHIV Community Advisory Board (CAB), Bill has played an important role in volunteering for all outreach events to the staff. He has written for the defeatHIV newsletter an emotional accounting of his journey as a Native man living with HIV and what a cure for this infection would mean to him. As a resident of the Cal Anderson House – the first housing dedicated to people living with HIV in the country – Bill helped secure their community room for the CAB to hold its meetings. He has also invigorated the CAB’s membership by offering to cook a full dinner with dessert every month for HIV community members, many of whom would not be able to otherwise eat. In the words of Michael Louella, CAB Coordinator, “[Bill] is so vital for our CAB that it would be impossible for me to envision our group fulfilling its mission to mobilize researchers and community to work together to cure HIV without his constant and dedicated involvement.”

Bill exemplifies the traditional Native values of giving selflessly for the betterment of his community, both Native and non-Native.

Through his connection with Michael, Bill met with UIHI’s Director, Abigail Echo-Hawk, and expressed how important this work was to the local Native community. Through his continuous dedication he is now assisting and advising UIHI on creating materials about HIV prevention and stigma reduction for American Indian and Alaska Natives. He volunteers his time to steer us in the right direction following the traditional teachings of elders before him. Because of Bill, UIHI is creating materials and shaping our HIV program to become the leading Native organization working to eliminate HIV in Indian Country. 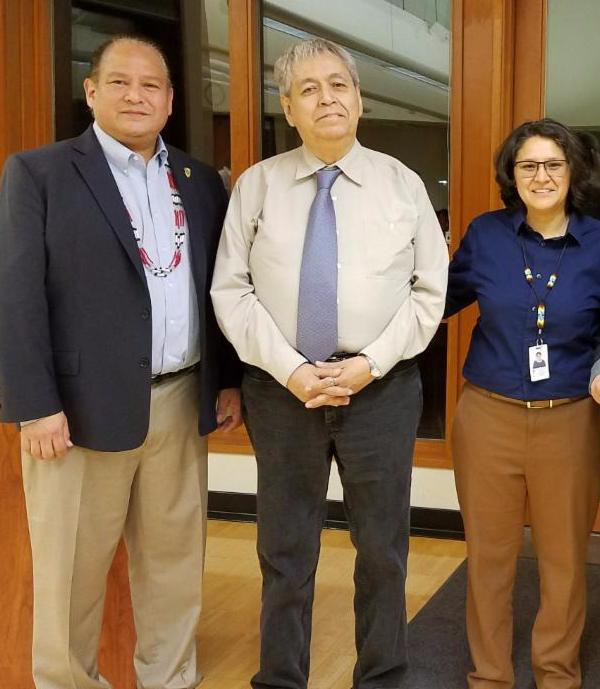