The ANTR is a population-based central cancer registry. This means we collect information from all over Alaska, not just from one hospital. We are funded by, and a member of, the National Cancer Institute’s Surveillance, Epidemiology and End Results (SEER) Program. This program, which includes 17 other registries nationwide, is known for its high-quality cancer data collection. Each year, the SEER program assesses the quality of data submitted by each of its registries. This year, we were pleased to be awarded a First-Place Award by the SEER Program for data quality. This means that we achieved all 14 of the data quality metrics established by SEER as benchmarks for having high quality data. This is the first time in ANTR’s history that we have been awarded a first-place award! 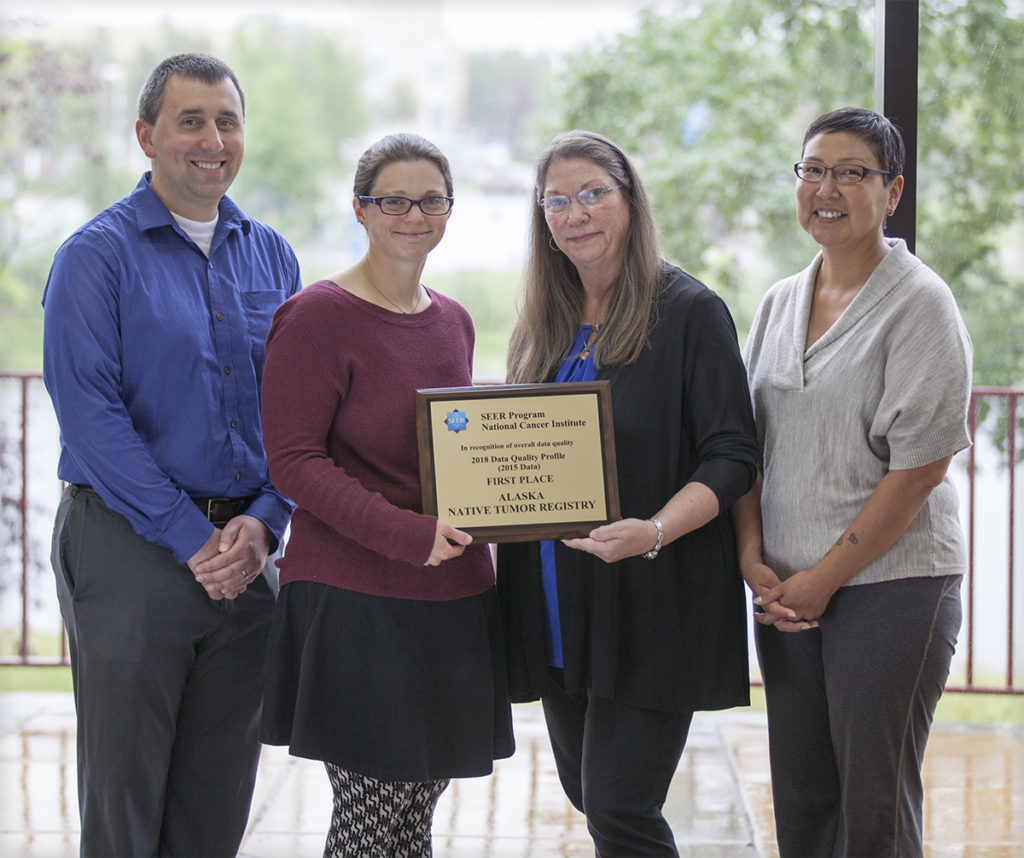 Tribal EpiCentersThursday, February 25th, 2021 at 7:00pm
In March, public health researcher Abigail Echo-Hawk (Pawnee) and her colleagues at the Seattle Indian Health Board reached out to their local and federal partners for more PPE so they could continue serving Washington’s Native population. When they received a large package a few weeks later they were elated—until they opened it and found a stack of body bags inside.

“We’re not a hospital system. We don’t have inpatient, we don’t have hospital beds. If somebody died here, we would call an ambulance,” said Echo-Hawk. “I went home and I just cried that night, which I unfortunately do often.” To her, the body bags were a symbol of how little the United States values Native lives and a foreshadowing of the massive outbreaks that would take hold on reservations like the Navajo Nation. In Native communities, the mortality rate from COVID has been nearly double that of the rate among white populations—revealing weaknesses in the Indian Health Service and putting Indigenous elders at risk.